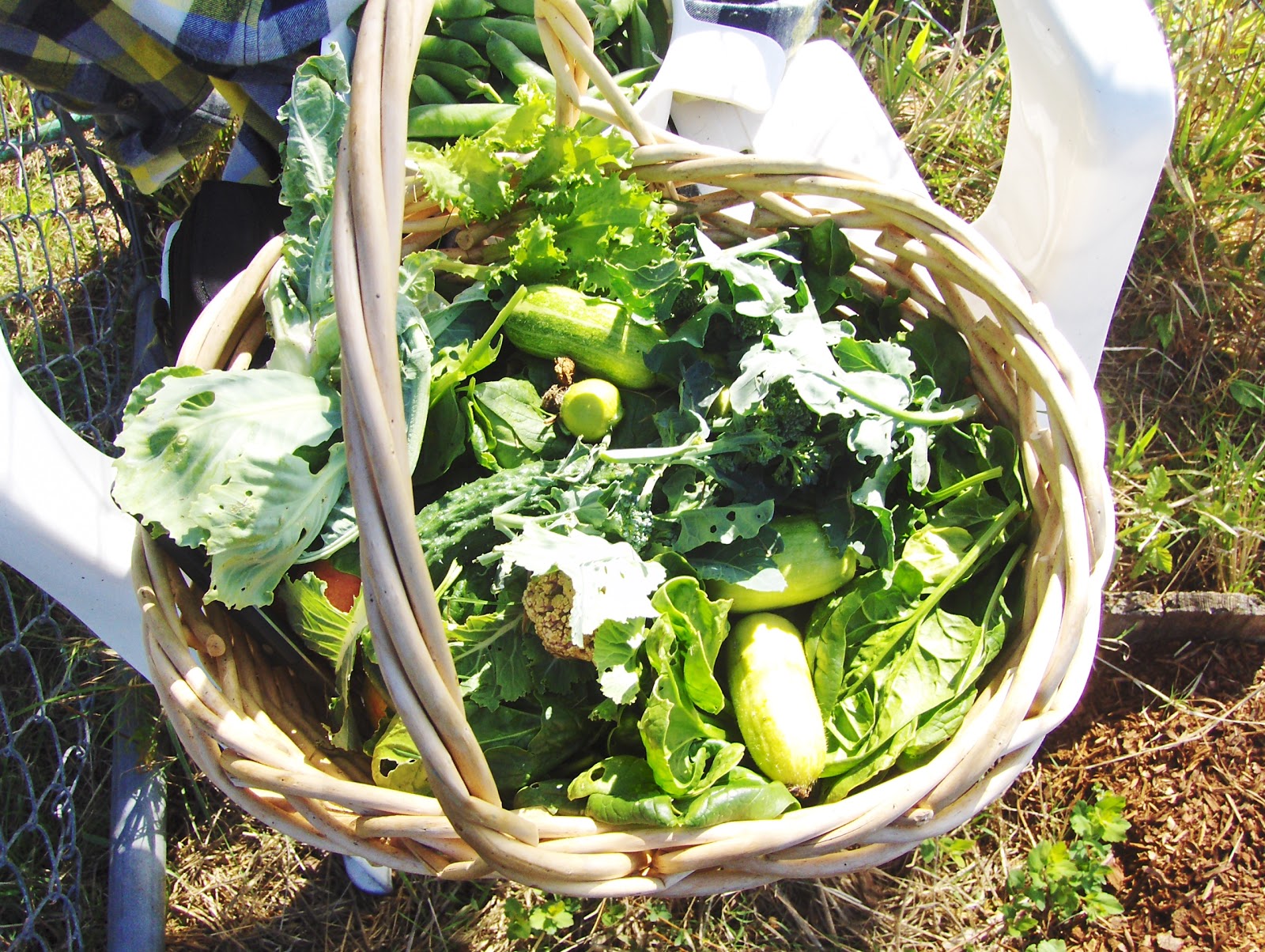 In my mid twenties, having had no experience in tennis, and no idea of the skills necessary to play well, I decided to take up the sport, with the same enthusiasm as Julia Child brought to the classes she took in French cooking.

After I purchased my first racket and a cute outfit, even new tennis shoes with socks that matched my skirt and panties, I signed up for my first lesson at the local park. The instructor had been teaching for years, and my husband had praised the man's abilities.

On my first lesson, I noticed that the other players all had more skills than I did. And they would nod knowingly to all the adjustments and posturing the teacher would suggest while I felt totally out of my comfort zone. Still, how hard could it be to hit a ball across the net in a certain spot and move a few feet back and forth and sideways?

I got nothing of the theory and physics of the sport, how holding the racket a certain way, and attacking the ball at a certain angle would cause the ball to spin and land in a certain spot. The entire experience was more a series of stretching exercises in a cute costume! I missed returning the ball ninety eight out of one hundred. The two balls I didn't miss were the ones the teacher had basically placed in the spot where I was standing, waiting for them.  I never got the skill of hitting the ball overhead to start the game, finding the posture way too difficult for me.

What I did get out of the classes was two things: I was totally uncoordinated for that sport; and I was totally dense in the understanding of all the physics laws involved even though the coach kept elaborating and demonstrating each movement in slow motion. Tennis was a foreign language, and not even the best racket and the most detailed instructions could be assimilated in the course of six weeks. I never thought of my body as uncoordinated before. But trying to move after a ball brought the concept of "aging body" close to home. In my twenties!

I put the costume away and didn't think about tennis for ages until we moved to the current address, forty years later, and sixty miles from any Chinese restaurants. My desire for Chinese foods, however, was immediate. Though I had never tried to cook Chinese dishes before, though Chinese cuisine is my favorite.

Within months, I began to purchase cookbooks, bought a wok from Le Creuset, and tried some recipes.  Nothing I cooked tasted as good as the stuff I had had at Chinese restaurants. I kept trying for a while. Every dish tasted the same as the one we had the week before. I was missing something, maybe a secret ingredient, or a technique, or... Frustrated I gave the wok to my daughter who promised to give it a prominent place in her vegetarian kitchen.

Darn, I thought. This feels  just like my tennis experience.

A few years later, my husband announced that he was going to cook Chinese dishes and where was that wok we paid so much money for?

Posted by Rosaria Williams at 11:57 AM

Nothing wrong with taking risks. Good for you. I myself never liked playing tennis unless my children were with me to pick up the balls outside the fence and throw them back.

Any cooking has to be with super fresh ingredients and fresh spices. If they are old they will not taste as good. Tennis?...that is a whole other story.

Your tennis sounds like my attempt to learn guitar. I do not have a musicians ability, but it is a challenge and unlike tennis I really am only competing with myself. I'll bet if you watch tennis you have a greater appreciation of the game. That is one reason to try stuff, if nothing else it makes watching (or listening) to those that can do it well, much more enjoyable.

Where you live looks absolutely beautiful, but no Chinese restaurants would give me pause...I think I could adjust.

Oh, my goodness, Rosaria! You just made my day! I'm a total washout when it comes to learning musical instruments. My husband, who plays multiple instruments well, is trying to convince me that learning something so new will burn whole new neural paths through my aging brain. I want to learn, but am sooooo not gifted! I tried the recorder, the penny whistle, the ukelele, all to no avail. So now I'm just singing along to his music -- trying to stay on key -- and newly aware of my limitations. Thanks for your post. I needed that! A feeling that I'm not alone in this!

I did enjoy tennis when we played many years ago. My husband and I were never very good, so it was just as well we only played with each other.
Your story of the cute outfit reminds of one from a friend of mine. She had taken up golf and they were to play with another couple the next day. He encouraged her to "look good out there" so she of course went out and bought some nifty new golf outfits for the occasion.

Thanks for a story that made me laugh at the end. What a twist to the story! I need to laugh more often; look for the humor in laugh; laugh at my limitations. You made my day!

This was a cute story. I enjoyed it. Thanks for sharing.

At least you tried. I imagine you tried many things you dod excell at.

Hi Rosaria - well you enter things full on don't you .. so funny about the Wok ... cheers Hilary

You're so funny. The difference is, you can play tennis badly and still enjoy it. But if you cook badly ... well, you get my drift.

Ha! That figures...after a million years he would decide it use it! I learned how to play a good game of tennis but I never could get the hang of knitting!

You are right about this analogy. It is a good one.

As I read your tennis story, I thought of my own tennis experience. I think perhaps you had too much information. Tennis is just to enjoy. I played a bit in college and as a young married woman. I was never that good, but I had fun. If I'd learned of its theory and such, I would have been intimidated. Maybe cooking is the same way. Cooking intimidates me!

Bwahahahahaha--Oh the things i have let go of and ten years later spent a day looking for it. Then buying another out of frustration which of course led said item to be found within two days of opening up the replacement.

That was a humorous piece. I understand about tennis – I tried when I went to England as a teenager but I hurt my knees so bad that it was the beginning of a long struggle with knee pains, so I never tried tennis again. I am not good at sports, the only sport I like while growing up in France was horse-back riding, but then the horse did all the work!

I agree. I've never been able to recreate a Chinese dish the way I get it in a restaurant, so I don't bother to try anymore!

ha I think you have to have the right teacher as well...and experiences...one that will teach you the flavor of each ingredient...so you can understand how they play together...I love a good Chinese...but I cant cook it...

I think there are many ways I can relate to your truth in this...

I was useless at tennis, I tried and tried, I could not run as I was flat footed, but yay I could show the others at school that I was a good swimmer and a good high jumper. There is always something you can do better than others :-) Keep well Diane

I giggled all the way through this entertaining post. I love both tennis and Chinese food!

A Cuban In London said...

You had the two experiences and that's what counts. I have been in similar situations. We learn and then we move on. :-) Thanks, I really enjoyed this post.

I am a bigger risk taker than I ever was now that I am 64. I don't put any more thought into what others might think. I have fewer years now to driver people crazy. lol Thanks for visiting my page!

ginger. ginger is the physics of chinese food.

or so i think when i want to simplify what i can't understand!

i like the way you tell your stories. and whether it's tennis or cooking or programming the television, you give each of us permission to fail. and even better, not to stress over it. thank you :^)

Funny observations, Rosaria. Good that you can laugh about it...